Ravens' McSorley expected to miss weeks with back issues 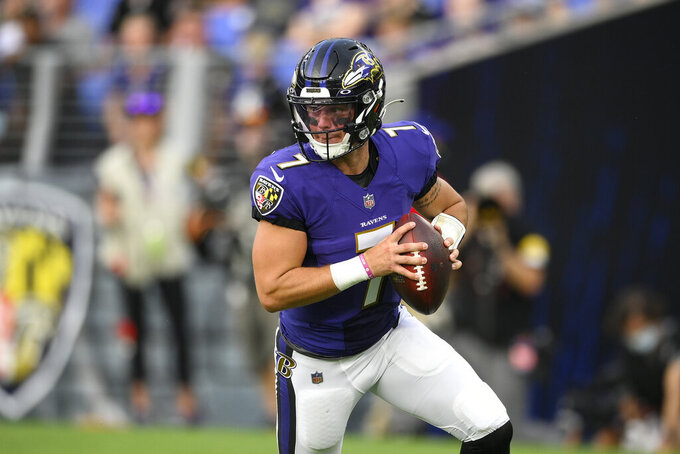 Baltimore Ravens quarterback Trace McSorley looks to pass against the New Orleans Saints during the first half of an NFL preseason football game, Saturday, Aug. 14, 2021, in Baltimore. (AP Photo/Nick Wass)

OWINGS MILLS, Md. (AP) — Baltimore quarterback Trace McSorley is expected to miss a few weeks because of back problems.

The Ravens announced Monday they had signed quarterback Kenji Bahar, but McSorley's injury leaves Tyler Huntley as the clear top option to back up Lamar Jackson for the time being.

McSorley played in the first half of Baltimore's 17-14 preseason win over New Orleans on Saturday night, then was replaced by Huntley in the second. Coach John Harbaugh said after that game that McSorley had been dealing with back spasms.

“He was picking up a box or something the day of the game,” Harbaugh said Monday. "He wrenched it in some way.”