Rhule's status among many decisions Panthers must make 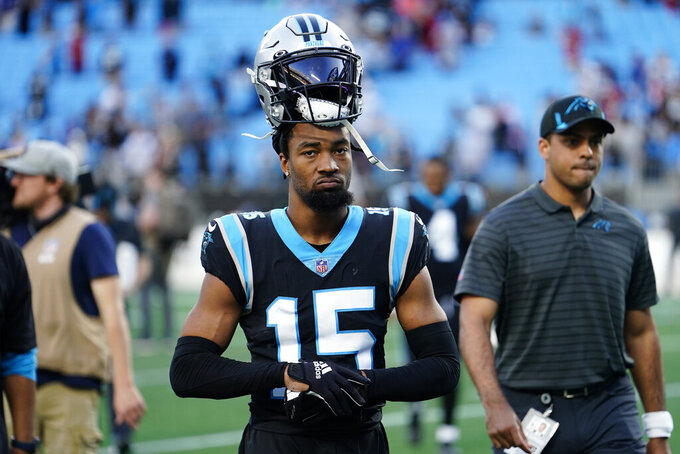 Rhule said the future — not his job status — was the topic.

“I’m never going to speak for Dave,” Rhule said. “Every conversation I’ve had with him he’s been supportive. I talked to him today … We’re talking about the offseason, things we have to do moving forward."

“Since I took the job, we’ve had a plan,” he added. “I liked to be further ahead with the plan. We're at a very important time right now for Carolina to get over the hump."

Carolina (5-12) finished with a seven-game losing streak. The Panthers are 10-23 in two seasons under the former Temple and Baylor coach, who signed a seven-year contract in 2020.

“What I told them was, I’m going to coach until somebody tells me I’m not coaching,” Rhule said.

Rhule’s status is one of many questions the Panthers will need to answer during a long offseason.

Quarterback Sam Darnold, who went 4-7 as the team’s starter, is under contract for more than $18 million next season.

“I’m not worried about that right now,” said Darnold, who had 29 of 42 passes for 219 yards, two touchdowns and one interception in the season finale. “I just got done playing a game. I’ll talk to a bunch of the front office guys tomorrow, and I’ll talk to coach Rhule and my coaches and kind of go from there.”

Quarterback Cam Newton, who rejoined the team for his another stint this season, is an unrestricted free agent and is not expected back.

The Panthers entered Sunday tied for 30th in offense, ranking near the bottom in rushing (21), passing (29) and scoring (29). They are searching for a new offensive coordinator after Joe Brady was fired 12 games into the season.

“I'd like us to have a true identity of being able to run the football, and play action and protect the quarterback,” Rhule said. “We have some skilled players that are excellent players. So we're going to go through a process now with both internal and external candidates.”

The Panthers are 0-4 against Tampa Bay under Rhule, getting outscored 150-63.

Carolina’s offensive line has been abysmal, allowing seven sacks in the two games before Sunday's contest, and the Panthers gave up two to the Bucs.

NOTES: Carolina WR D.J. Moore caught seven passes and finished with career-best 93 overall. He landed hard on his shoulder attempting to make a diving catch and left the game, but was able to return. ... Panthers CB Rashaan Melvin left with a head injury in the first half and did not return.