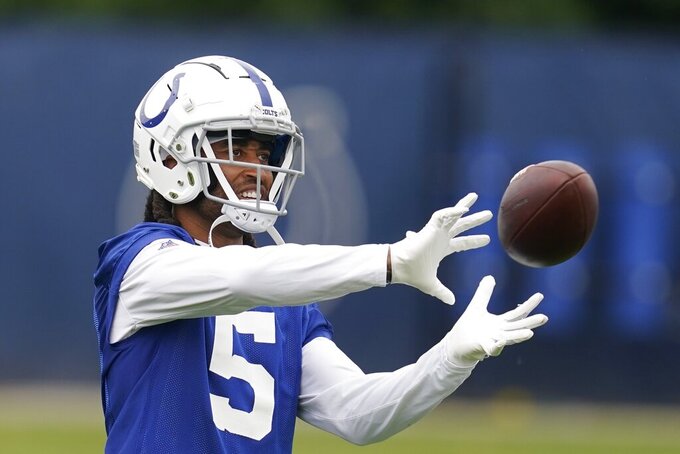 LAST YEAR: Carson Wentz, NFL rushing champion Jonathan Taylor and a solid defense put Indianapolis in playoff position. But losing their last two, including an inexplicable debacle at struggling Jacksonville in Week 18, left the Colts out of the postseason and in the midst of a major overhaul. General manager Chris Ballard traded Wentz to Washington then acquired 2016 league MVP Matt Ryan in a deal with Atlanta. Ballard also picked up 2017 Pro Bowl defensive end Yannick Ngakoue in a trade and CB Stephon Gilmore, the 2019 NFL Defensive Player of the Year, in free agency.

CAMP NEEDS: Ryan should become the Colts sixth opening-day starter in six years and must get acclimated to a new organization for the first time since his rookie season. Coach Frank Reich also is looking for new starters at left tackle and right guard, while Bradley adds a slightly different defense than Eberflus used over the past four seasons. The Colts also will be closely monitoring the health of three-time All-Pro LB Darius Leonard, who had back surgery in June. Leonard is expected to miss the start of camp. Indy also needs to find Willis' replacement after his abrupt retirement in mid-June.

KEY CAMP COMPETITIONS: While Matt Pryor opens camp as the top left tackle on Indy's depth chart, four players will vie for the two starting offensive line jobs — Pryor, veterans Danny Pinter and Dennis Kelly and rookie Bernhard Raimann, a third-round draft pick. While Gilmore is expected to win one starting CB job and Pro Bowler Kenny Moore III will keep his job against slot receivers, Isaiah Rodgers, Brandon Facyson and S Rodney McLeod all could be in the mix for the other CB spot. It will also be interesting to see how much playing time second-round pick Alec Pierce earns at WR.

EXPECTATIONS: Last season's late collapse stung and provided plenty of offseason motivation for the Colts. The key to making the playoffs, and a deep postseason run, will be Ryan, the best available option after Indy cut ties with Wentz. Ryan is a proven leader who can still play at a high level. He'll also benefit from playing behind three potential Pro Bowl lineman, with last year's NFL rushing champ and perhaps Indy's strongest receiving groups in years. Adding Ngakoue should improve the pass rush and if Gilmore regains his form, this could be one of the league's top defenses.