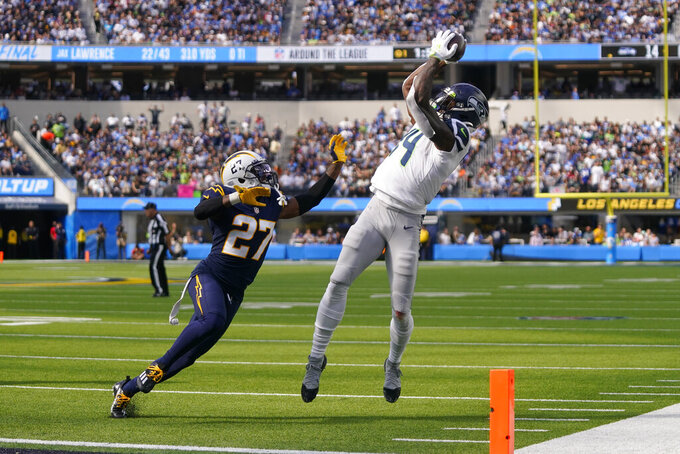 RENTON, Wash. (AP) — Seattle Seahawks wide receiver DK Metcalf suffered an injury to the patellar tendon in his left knee but does not need surgery at this time, according to coach Pete Carroll.

“I know he’s really anxious to try to make his way back and in his mind he wants to try to practice Wednesday,” Carroll said on Monday. “I don’t know if that’s even possible. But he’s still pretty sore today.”

Carroll first revealed the news about Metcalf during his weekly radio show on KIRO-AM, calling it a “great report,” after the star wide receiver underwent an MRI. He said there is no expected timeline on when Metcalf would return.

Later in the day, Carroll said since surgery isn't needed the recovery will be based on how quickly Metcalf can respond to the treatment he's receiving.

“Give us a couple of days to let it cool down and see what's going on,” Carroll said.

Metcalf appeared to be hurt leaping for a catch in the end zone late in the first quarter and was immediately ruled out by the team. X-rays in Los Angeles on Sunday were negative and Metcalf underwent additional scans back in Seattle on Monday morning.

Metcalf had one catch for 12 yards against the Chargers before getting injured. For the season, Metcalf has 31 receptions for 418 yards and two touchdowns through seven games.