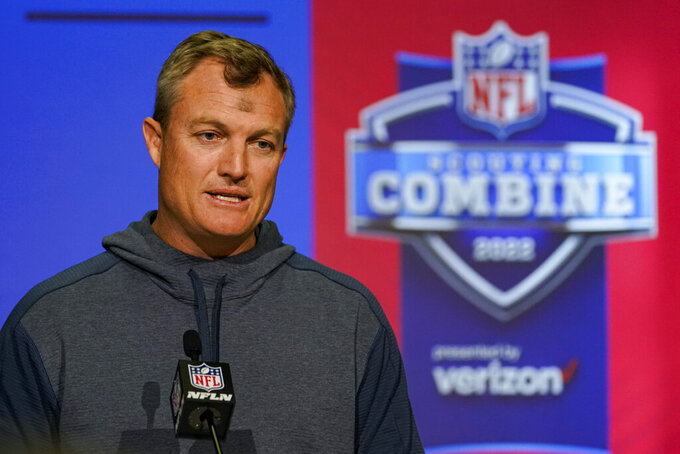 NEEDS: The 49ers will need to bolster the interior of their offensive line, especially if they are unable to keep the reliable Tomlinson at left guard. Brunskill was solid at right guard but San Francisco could look for an upgrade there. The other glaring holes are in the secondary where Tartt could be gone at strong safety and help is needed alongside Ambry Thomas and Emmanuel Moseley at cornerback. While San Francisco still has to make a few moves to get under the cap before the start of the league year, the Niners can open up significant cap space after that by trading or cutting QB Jimmy Garoppolo and turning the offense over to Trey Lance.