Several Raiders active against Bucs after time on COVID list 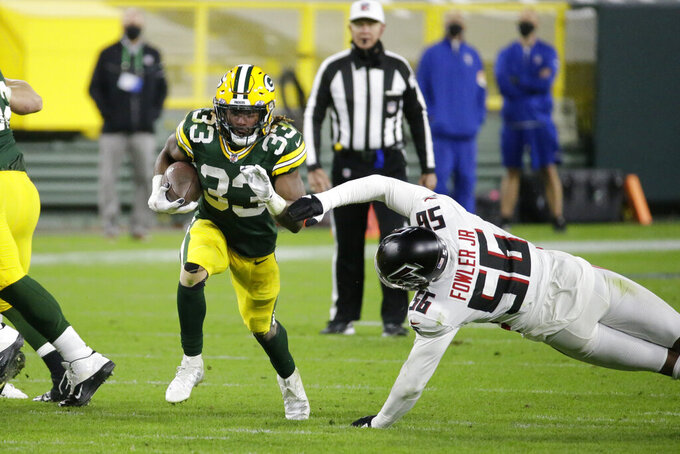 The four linemen were sent home Wednesday because they had “high risk” contact with teammate Trent Brown before he tested positive for the coronavirus this week. They missed three practices, but were able to come back after five straight days of negative tests.

Safety Johnathan Abram remains on the COVID-19 list for at least one more day and is missing the game.

Elsewhere in the late afternoon games, Chiefs right tackle Mitchell Schwartz’s string of 141 consecutive starts including the playoffs is coming to an end. Schwartz didn’t make the trip to Denver because of a bad back.

The 31-year-old stalwart shared his thoughts on missing his first career start in an Instagram post on Saturday: “First time not traveling, and first game in my career I’ll miss. Going to be strange watching tomorrow but there will be no bigger Chiefs fan! Working hard to get back out there and excited to see the guys keep this thing rolling. Go Chiefs!!”

Mike Remmers will start for Schwartz.

Kick returner Dionte Spencer (shoulder) is out for Denver, but the Broncos are getting three players back off injured reserve, including cornerback A.J. Bouye, who went out with a shoulder injury in the opener. Also back from IR are defensive ends Dre’Mont Jones and DeMarcus Walker.

The Jacksonville Jaguars will be without four starters against the Los Angeles Chargers. Linebacker Myles Jack is dealing with an ankle injury, while offensive guard A.J. Cann (shoulder), tight end Tyler Eifert (neck) and safety Jarrod Wilson (hamstring) are also ruled out.

The Chargers are once again without the starting right side of their offensive line with the duo of guard Trai Turner (groin) and tackle Bryan Bulaga (neck) inactive. Turner has played in only one game this season and Bulaga has missed the past three.

Starting center David Andrews is back in the starting lineup along with right guard Shaq Mason, giving New England’s offensive line a needed boost for Sunday’s matchup with the San Francisco 49ers.

Andrews has spent the past three weeks on injured reserve with a hand injury.

The 49ers will be without starting safeties Jaquiski Tartt and Jimmie Ward. Tartt injured his groin last week against the Rams and Ward strained his quadriceps in practice Thursday.