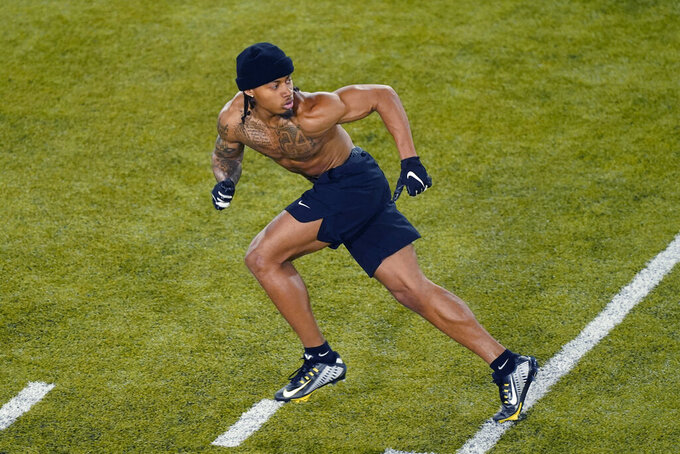 LAST SEASON: The Vikings lost their first two games in crushing fashion to eventual playoff teams Cincinnati and Arizona and never truly recovered, not spending a single week above the .500 mark. They matched the NFL's all-time record with 14 games decided by eight points or fewer, winning only six of those while their late-game defense failed them badly. Quarterback Kirk Cousins had another solid year throwing to star receiver Justin Jefferson, but he missed a crucial game at division champion Green Bay with COVID-19. General manager Rick Spielman and head coach Mike Zimmer were both fired the day after the season, paving the way for the Kwesi Adofo-Mensah/Kevin O'Connell regime to begin. O'Connell came with a Super Bowl ring after winning the championship as offensive coordinator of the Los Angeles Rams.

OUTLOOK: Bringing back Peterson was a big boost to the secondary, but the Vikings still need more cornerbacks. The defensive line depth also ought to be addressed, though retaining Danielle Hunter and signing Smith gives the Vikings an enviable pair of pass rushers if they're healthy. After prioritizing the offensive line with several early picks over the last four drafts, the Vikings appear to have finally established a viable core to move forward with. Tackles Brian O'Neill and Christian Darrisaw and left guard Ezra Cleveland are set in their spots. Right guard remains a question mark, but the Vikings signed three free agents to compete there. Center Garrett Bradbury, their first-rounder in 2019, enters a pivotal year, with his potential replacement lurking in this draft.