Why has the 'Rooney Rule' not produced more Black coaches? 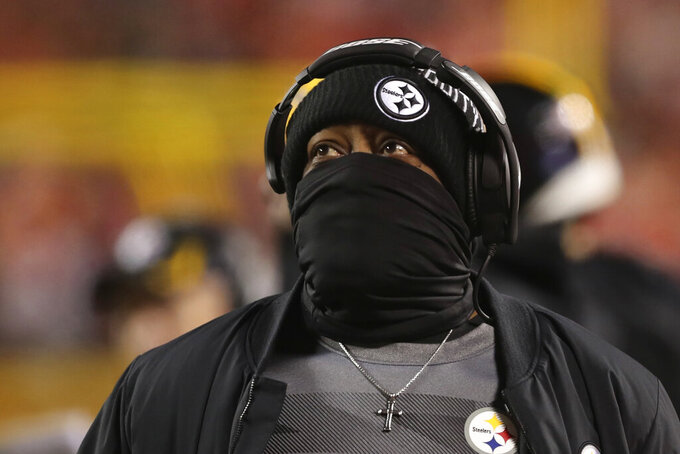 Flores, who is Black, sued the NFL, three teams and others, claiming the league's hiring practices for coaches and general managers is racist and that the league is “rife with racism” even as it publicly condemns it. More than 70% of the players in the NFL are non-white.

Flores' lawsuit comes nearly 20 years after the NFL instituted what is known as the “Rooney Rule," which initially required teams to interview at least one external minority candidate for a head coaching vacancy.

Critics say it simply does not lead to head coaching jobs for minority candidates and NFL Commissioner Roger Goodell acknowledged the league is “not having the success we want.”

A look at how the NFL got here and possible solutions to an issue that is not unique to the league.

WHAT IS THE ROONEY RULE?

Adopted by the NFL in 2003, the mandate is named for Dan Rooney, the Pittsburgh Steelers owner and one of the league's most progressive leaders during his near lifelong affiliation with the NFL.

While there may be more minority candidates getting interviews now than ever before, they are not necessarily landing head coaching jobs with any greater frequency than they were two decades ago.

There were two Black coaches in the NFL in 2002, the year before the rule was adopted. That number has hovered between three and six in a 32-team league where seven of every 10 players is a minority.

A look at coaching staffs offers promise. More than a third of NFL assistants were minorities in 2021, according to the Institute for Diversity and Ethics in Sport. Yet there were only two Black offensive coordinators this season, a job considered the final step of the ladder before becoming a head coach.

NFL Players Association executive director DeMaurice Smith, an attorney, calls the rule more of a “suggestion” than a requirement.

HAVE OTHER COMPANIES OR LEAGUES COPIED THE ROONEY RULE?

Some factions of corporate America have taken steps to adopt hiring practices that mirror some facets of the Rooney Rule to address an alarming lack of diversity in upper management. Over 90% of Fortune 500 presidents and CEOs are white and only 3% are Black, according to the Institute for Diversity and Ethics in Sport.

Last year, five of the largest banks — J.P. Morgan Chase, Bank of America, Citigroup, U.S. Bancorp and Wells Fargo — enacted policies that echo the Rooney Rule as part of growing efforts to diversify their leadership ranks in the wake of racial justice protests.

Flores was fired in January following three seasons with the Miami Dolphins in which he went 24-25, including 9-8 in 2021. The team did not make the playoffs during his tenure, but did make considerable progress.

In the lawsuit filed Feb. 1, Flores claims Black coaches are not given the latitude other coaches receive to succeed and noted he led the Dolphins to back-to-back winning seasons for the first time since 2003 — progress not good enough for him to keep his job.

Miami owner Stephen Ross, who is white, has cited unspecified communication issues between Flores and the front office as a factor in his decision.

WHAT DOES THE NFL SAY?

Goodell told reporters this week the league will not tolerate racism or discrimination and called the allegations “disturbing.” NFL diversity chief Jonathan Beane said the league is looking for ways to work with clubs to make sure the interview process is “equitable and legitimate.”

“When we have incredibly strong diverse people as candidates and they are not hired, something is wrong," Beane said.

ARE THERE SOLUTIONS TO IMPROVE NFL HIRING DIVERSITY?

Former NFL general manager Mike Tannenbaum thinks teams could cultivate ways to have “more organic” and informal interactions with young coaches outside the parameters of a job interview long before there is an actual head coaching vacancy.

“I’ve been a part of the interview process,” he said. "It can be stiff. It can be hard. ... The more people get to know each other and have earnest conversations, I think that can lead to much better results.”

Richard Lapchick of the Institute for Diversity and Ethics in Sport believes active players could help by taking a more activist role, something Lapchick says has led to an increase in minority leadership hiring in the NBA.

Corporate consultants say one of the keys would be creating a more diverse interview panel and mandating more transparency in the decision-making process. All but two of NFL's 32 teams are owned by white men or women, who often have the final say on major hires.