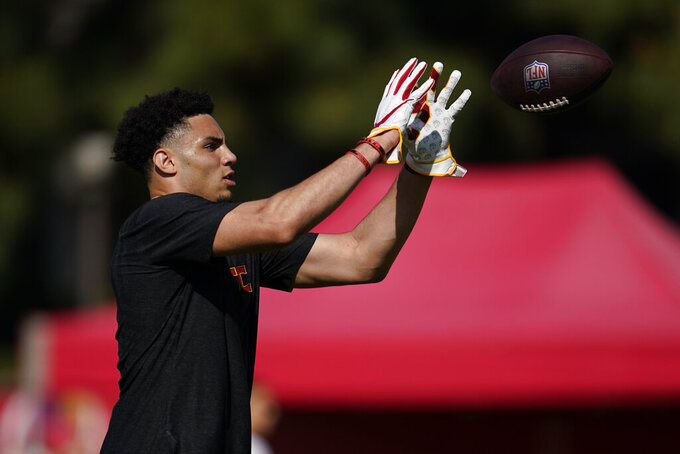 LAST SEASON: A season that started with high expectations coming off an NFC East title ultimately became more of a rebuilding year than coach Ron Rivera expected when he took the job in early 2020. The defense that dominated the league the previous season struggled early and veteran quarterback Ryan Fitzpatrick was injured in Week 1. In the aftermath of his surprise playoff performance against Tom Brady and the Tampa Bay Buccaneers in the wild-card round the previous season, Taylor Heinicke assumed the starting role and had some ups and downs amid a roster ravaged by injuries and COVID-19 absences. Washington won four in a row coming off its bye week to get to 6-6 and into the playoff race before a four-game skid ended those hopes

OUTLOOK: Washington's draft comes in the aftermath of the trade for Wentz and upcoming contract negotiations with top WR Terry McLaurin. Even if the Commanders can pay McLaurin to stick around long term, they could use another option in the passing game to take some heat off him and help Wentz. Losing Collins is a blow to Rivera and Jack Del Rio's defense that often played three safeties with McCain and Kam Curl also on the field. Hamilton if he slips to 11 would seem a perfect fit. In a weak QB year, don't rule out a developmental prospect in one of the middle or later rounds to groom for the future.